Yesterday me and 2 friends went to the mall, originally we were supposed to go to the cinema but we decided not to go today and to go next weekend. We went to a cafe and it was super cozy in there! They had super nice decorations and it really got me in the mood for fall. It was also really ambiental and the lightning was really soft and calming. The three of us got the same thing , an iced passionfruit lemonade! It was really good, we laughed and had a nice time!! We also got literally the best table there and we talked about many things.It was pretty fun!! Then we decided to go shopping, we weren't really planning on buying anything, we just wanted to look around. We also checked out an library and my friend bought a book from there. And then we decided to go eat as we were pretty hungry. Then after a few more hours we saw a boba shop and we also wanted to check it out! I got mango milk , it was pretty good but I hate how the pearls tasted. They literally felt like soggy cereal, and I don't know what I was expecting. And we already had all that lemonade beforehand and we we're pretty full so we didn't drink it entirely. My friends got caramel milk tea and I got to try it but it was barely even caramel.. It was pretty bad. My friend even felt sick after drinking some of hers and so we just decided to throw them out. Waste of 4$!!

Well, after that me and my best friend had planned on a sleepover with a movie marathon next weeked! We have the list of movies and everything, and my step dad is driving us to the mall the next day, where we'll go watch a movie at the cinema.We were thinking to go to orphan first kill, or something horror, but my friend isn't really fond of horror so we just picked something else!
Anyways, for the movie marathon we both just picked comfort movies, most of them are from the 2000s. Some of the movies we picked were: 500 days of summer, Perks of being a wallflower, Mean girls, American Psycho, The black swan!
I'm super excited for it. I know teenagers don't really have sleepover ig, it's all that childish, but theyre so fun so who cares?? Plus my spet dad is also driving us that friday to a grocery store so we can get a bunch of snacks to binge on! 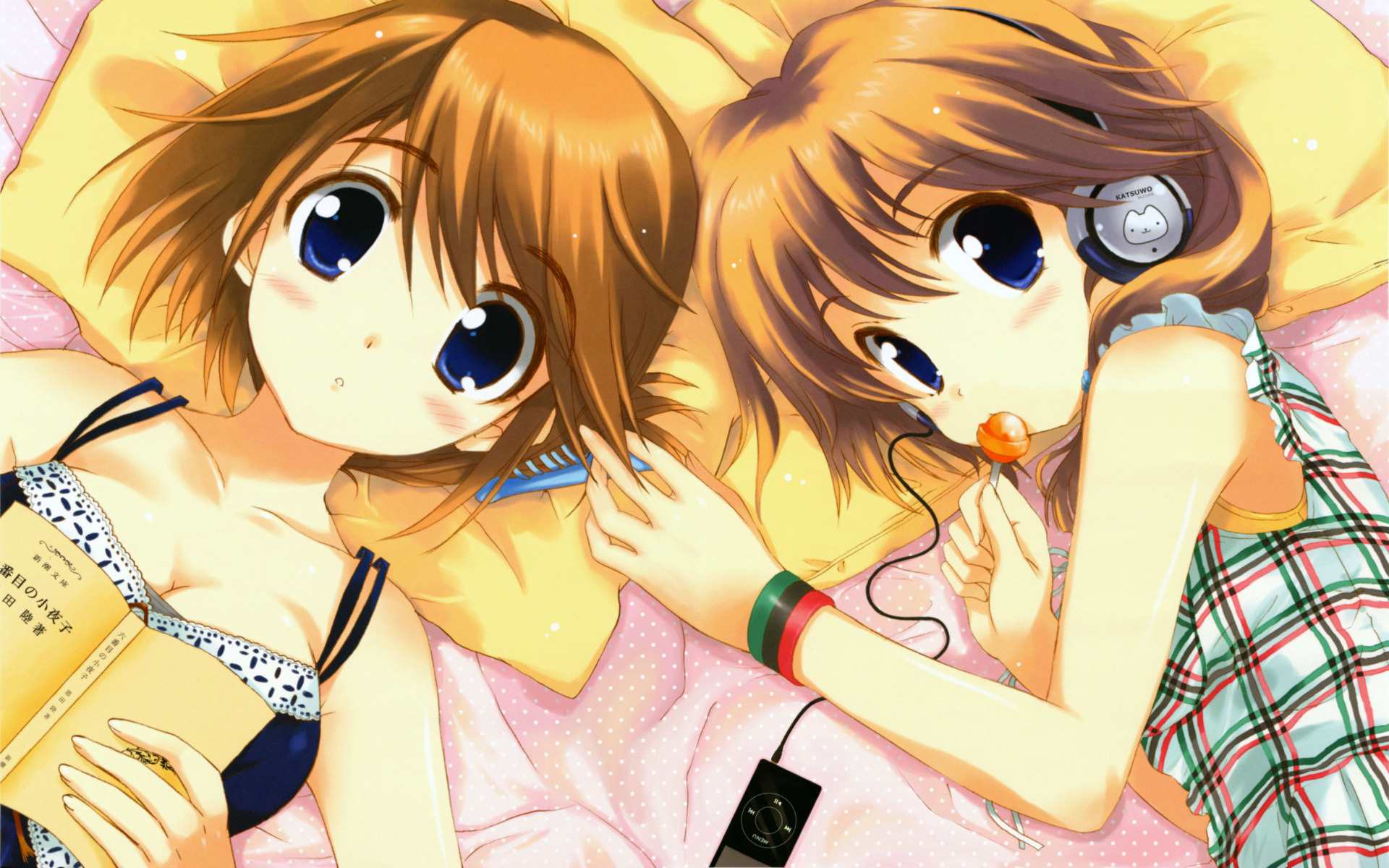 Ok but, since this post was supposed to be about school, let's take a moment to talk about it!! Our schedule for next week was changed and I hate it so bad. We have 7 hours almost daily. I don't live near the school so it takes me long to get home. I had 7 hours last week too, and I got home by 6pm.Our classes end at 3pm. It takes me so long because I have to wait an hour for my bus to arrive and sometimes I miss it becuase its incredibly full... And I was super tired and barely got to finish any of the work i had to do! I was in such a bad mood that day and I can't believe i'll relive this 4 times a week -___-''
anyways, heres some meals we had because i have no idea how to end this post 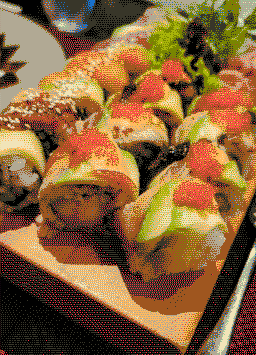 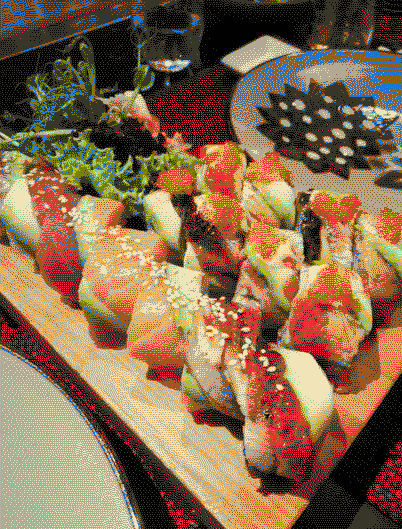 school is starting is less than a week, and i'm seriously nervous. i get this overwhelming anxiety everytime i think about it. "How should I dress?",How do I make my hair? Should I do a regular ponytail with a claw-clip or do I just straighten it? Or a blowout?!?, Oh i should wake up so early!! so i can take a long shower and make sure i smell like strawberries and flowers.. Then I get a little lightheaded because, what hour should I even wake up? and what if I collapse from the incredible heat? I mean, it's as hot as an oven in romania over here. And I seriously can't stand it. If It's way too hot outside i'll even risk having my expensive mascara drip, from the sweat, that also *sometimes* happens to get in my hair... and when that happens, my hair also gets wavy again! turning that one hour i spent straightening it, usesless! what if I sweat excessively, and you can smell it... seriously, so many problems. also, having new classmates makes me scared. because i lowkey feel like i'm way too laid back than the rest of the teenagers my age !! but I mean.. what can I do anyways? i'll just get there and stay on my phone. maybe i'll try introducing myself to someone! I just hope i get a nice seat in the back so that the teachers can't see me and I can spend my time on the phone LMFAO.

Although at the same time, I feel excited because my friend will be there with me too. I won't suffer alone and i'm sure i'll get through this year... alive, atleast. we've already made so much plans, both of us are really looking forward to studying and making sure we high our grades... , i mean, i got an D- in math last year. Hopefully that doesn't hapeen again. And so, if we're going to study more we're also to go to cafes after school to study together. so that will be more interesting., I don't like studying alone and stuff.. i get distracted on my phone. but if i'm with someone else then we'll both try to keep eachother concentrated and also we'll talk about what we need to get done, if one of us doesn't understand, the other can explain it, and the sound of that relieves me a little.
We both have been planning our seatings this entire summer basically!! she's gonna sit in front of me, and i'll sit at the 3rd desk. I like staying in the back and she likes in the front, so I guess this is okay. if anyone takes our seats i'm actually gonna fight their ass. 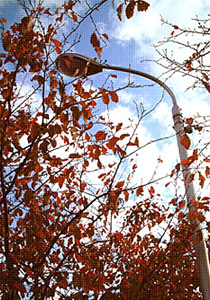 Well, with school starting also comes AUTUMN! and you know me I love autumn. I can finally wear whatever I want, sweaters with shorts or hoodies, and that's comforting. I also just like it because it's not going to be way too hot outside, atleast during night time. Also, my best friend *one mentioned in the other paragraph* and i kinda do everything together! while we may not celebrate halloween in romania, me and my friend have already made plans for october. We're going to go to ***** and get lots of halloween decorations, and snacks. then she'll spend the night at mines, a sleepover basically. and we're gonna have a movie marathon, not necessarily scary, i wish, but just movies we both really enjoy and just rewatching them. Or movies that get you in the scary-autumn mood. Such as corpse bride, coraline, scream, chucky, the addams family, IT there are some of the few i can name from the top of my head. anyways, it's gonna be really exciting. unfortunately we won't do it on the 31th october, and we'll have to do it on the 28th. boring. well, mainly because it's friday, we can fnish our homework, spend all night watching movies and doing normal sleepover stuff, then we will wake up on saturday and have breakfast and stuff.. then she'll go home, and then we have the sunday, a free day, for ourselves and for whatever stuff we wanna do,have a relaxing night, then monday, we'll go to school, and have had a nice weekend. seems like a solid plan to me.

I'll make another blog post tommorrow. I'm going shopping for clothes and accesories and stuff, then I'll maybe post about it!